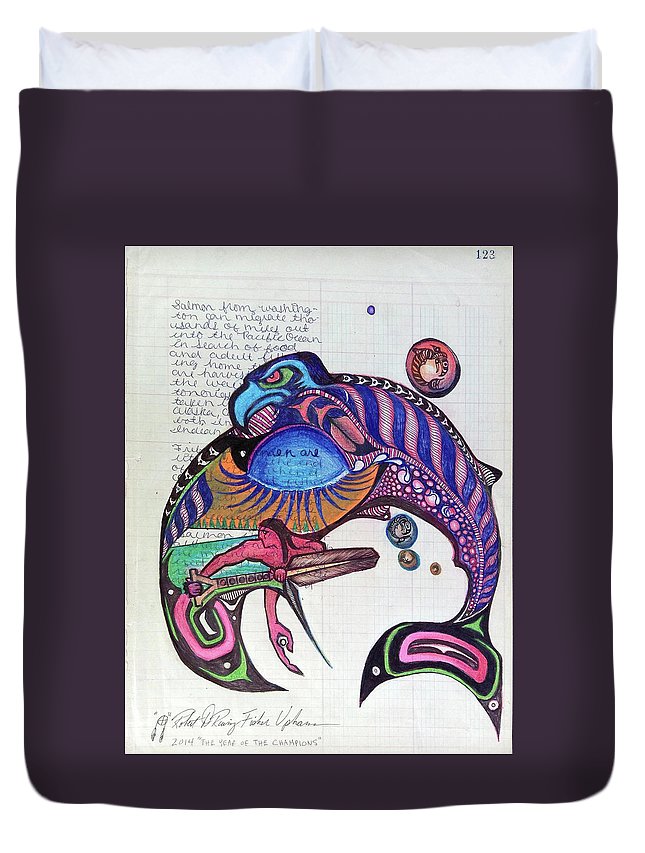 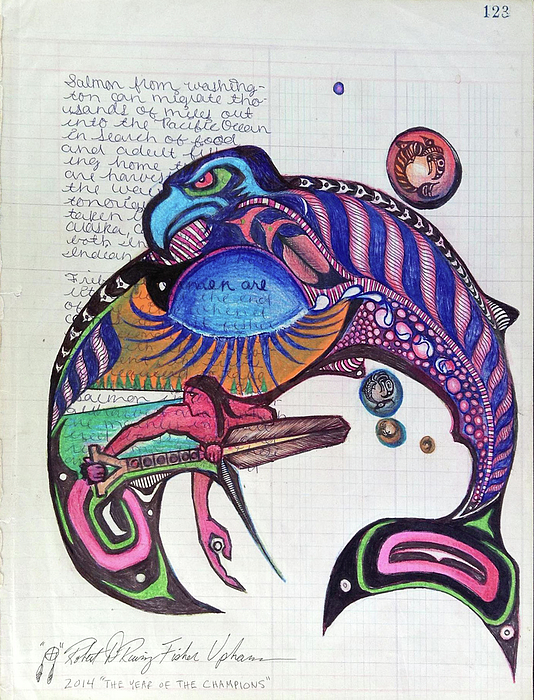 Boundary: Bleed area may not be visible.

Click and drag to re-position the image, if desired.

The image is near the edges of the product but doesn't cover the entire product.   Some of the background color may appear around the outside edges of the image.

Queen duvet cover (88" x 88") featuring the image "Blueback Salmon" by Robert Running Fisher Upham. Our soft microfiber duvet covers are hand sewn and include a hidden zipper for easy washing and assembly. Your selected image is printed on the top surface with a soft white surface underneath. All duvet covers are machine washable with cold water and a mild detergent.

The blueback salmon of the Quinault River is considered one of the best tasting salmon in the world. It has a very high fat content. The reason it... more

The blueback salmon of the Quinault River is considered one of the best tasting salmon in the world. It has a very high fat content. The reason it is so delicious and nutritious is because this fish is a vegetarian.

Robert “Running Fisher” Upham is a mixed-blood Indian, (enrolled member of Lake Traverse Sioux, community member by blood from Salish, Gros Ventre, Assiniboine, and Pend Oreille tribes). He has a history of social justice activism combined with being a chronicler and artist. At age 32 , he walked across the United States with American Indian Movement founder Dennis Banks. He produced a winter count on elk hide in support of the freedom of Leonard Peltier as part of that walk. In 1998, at age 36, he led a 35-mile march about genocidal legal practices in Indian Country. The march was from Denver to Boulder, to the headquarters of one of the institutions that has failed to change these practices. In 2014, his cousin requested that he...